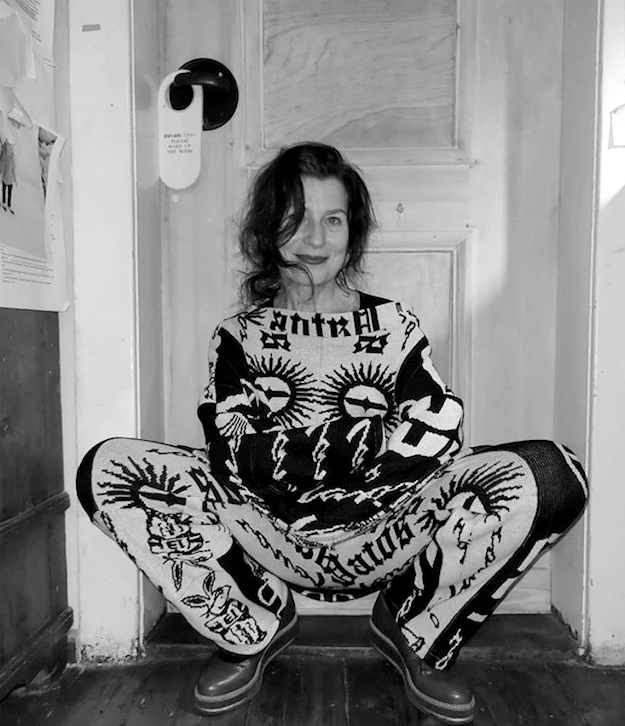 Katarzyna Szumska (b. 1958) works on painting, stage design, photography and video art. She graduated from the Faculty of Painting and Graphic Arts of the then State Higher School of Visual Arts in Gdańsk. She received her diploma in 1983 in the class of Prof. Jerzy Krechowicz. Since 1992, she is co-creating Cinema Theatre, an avant-garde group operating at the intersection of visual arts and the theatre of movement. Katarzyna is the winner of the Jerzy Boniecki award of the Independent Foundation for the Promotion of Polish Culture, and two-time holder of the scholarship of the Polish Minister of Culture and National Heritage (in 2011 and 2014). As part of her scholarship, she created The Gallery of Silesian Repatriates, a project about the residents of the town of Michałowice, their personal histories and the place in which they live. In 2013, she received the award from the city of Jelenia Góra for the exhibition Portraits in suspension – the most interesting visual arts event of the year. In the years 2014-2017 she collaborated on Katarzyna Kozyra’s project Looking for Jesus (photos, video camera, research work). She lives and works in Michałowice, in the Karkonosze Mountains, in a house which is at the same time the seat of a theatre and a venue of various artistic projects and residencies. In the recent years her work was exhibited, among others, in Zachęta National Gallery of Art and the National Museum in Szczecin.