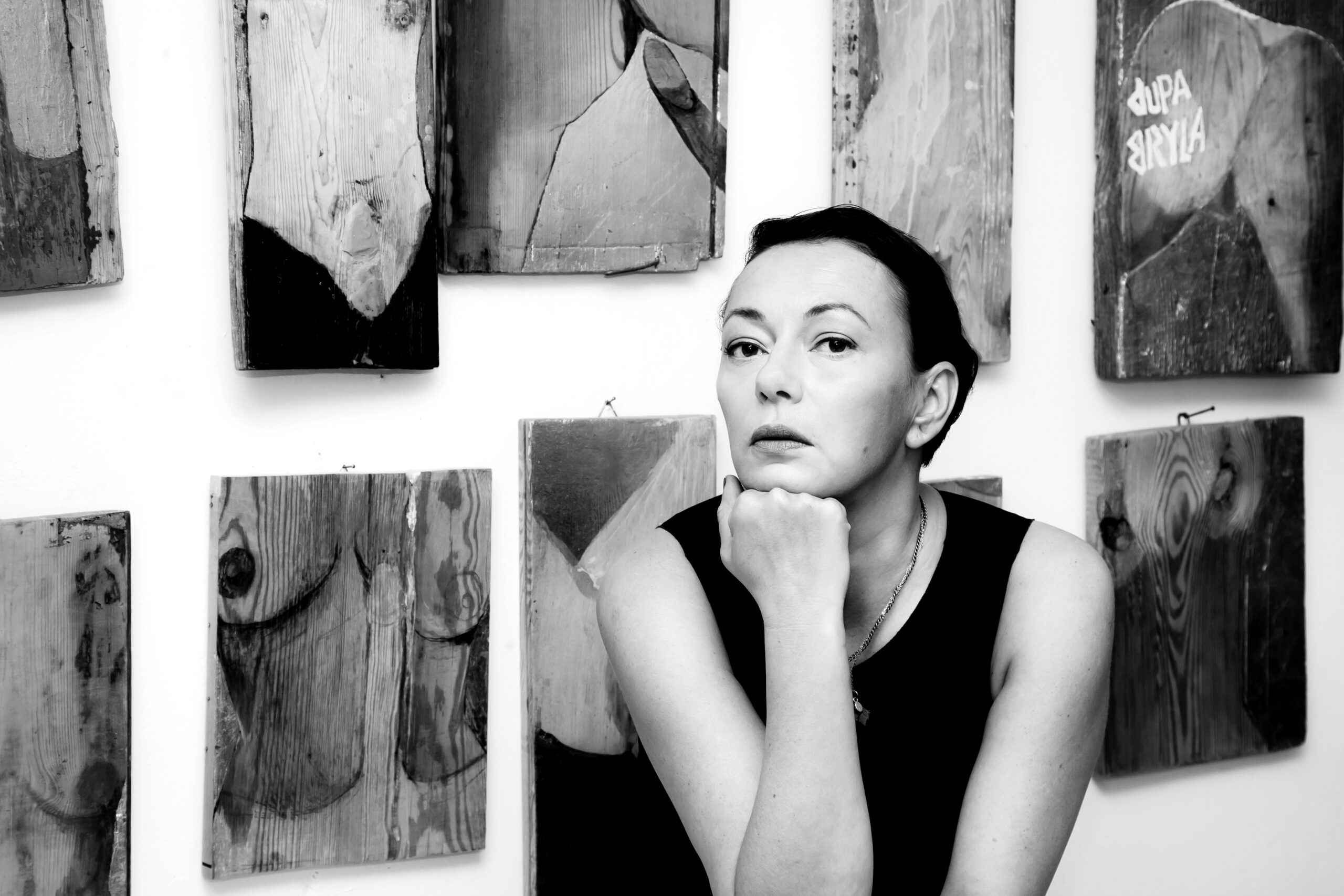 Natalia Żychska (b. 1975) in 1996-2001 Natalia studied at the Faculty of Painting of the Warsaw Academy of Fine Arts. She received a diploma with honours from the painting atelier of Prof. Szamborski. Natalia’s occupations include painting, including murals, drawing, sculpture and stage design. She works as a teacher and lecturer; she also often conducts workshops and open-air artistic sessions. Natalia has her own studio in the Warsaw’s district of Praga. In the years 2014-2018 she collaborated with Paweł Althamer and the Nowolipie Group. For several years, Natalia have been creating a unique original painting series titled Pornoicons. On pieces of wood retrieved from garbage, she depicts sex acts, often using very explicit scenes, stylized after icon painting. Natalia is interested in sex, body, beauty, love and object. She has developed a very distinctive working method and style.