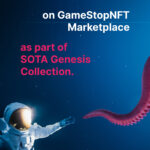 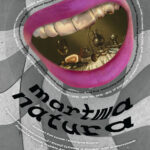 It is when motherhood becomes a ready-made mantle that mothers are turned into their own ghosts. Yet, when open to its full range of possibilities, mothering is a fertile ground, a plentiful soil from which a multiplication of ideas and actions can flourish, including meditations on and responses to issues of freedom, desire, heritage, interdependence, inequality, hope, care, power, planetary health, reproduction rights, and choice.

Mothering is a collective investigation into motherhood.

By embracing a heterogeneous and intersectional definition of mother – everyone can mother – Mothering is a permanent platform for artist mothers and artists whose practices draw on motherhood. It welcomes the fantasies, struggles, dreams, longings, and concerns that (r)evolve around the many ideas and images of motherhood. It is an invitation to dream, negotiate and expand the horizons of the possible by reflecting on how to discard and unlearn social structures that exclude and undermine mothers and motherhood.

The aim of Mothering is to reject the deep-seated constraints that define the institution of motherhood, whilst openly and bravely embodying mothering as creative and radical potential.

The first edition of Mothering will take place from 2 July to 6 August at Kupfer, in Hackney, featuring a total of 17 artists, both parents and non-parents, whose works – including painting, sculpture, moving image and performance – approach motherhood from multiple angles. Then, from 06 August to 19 September, Mãe will move to 55SP in São Paulo, Brazil, where it will welcome a new group of artists. Moving forward, Mothering/Mãe will continue as an online platform and network, with the intention of becoming an annual event and expanding to other galleries and institutions worldwide.

Programme outline:
Besides the exhibition in the gallery space, the public programme includes performances, talks and lectures that will aim to unpack the idea of how mothering and being an artist co-exist.