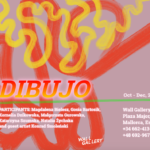 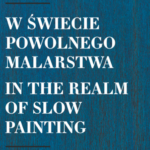 Rituals of Transition. Board Games

Rituals of Transition. Board Games is the title of an exhibition by Magdalena Bielesz, presented at the Zachęta Project Room. The exhibition brings together the artist’s works to date in a very interesting way. On the walls of the gallery, you will find paintings (mainly showing children in motion), which are part of her diploma obtained at the Faculty of Painting of the Academy of Fine Arts in Warsaw, in the studio of Leon Tarasewicz, as well as painting compositions, objects and films created recently. The author’s early and recent works refer to the time of childhood or the world of the child. The artist’s situation has changed in a natural way since her studies. For several years, she has been combining the duties of a mother with her artistic work — a difficult task all creative mothers are familiar with. This  difficulty is another important theme of this exhibition.

Magdalena’s son, Maurycy, is almost seven years old and is the co-author of the exhibition. Bielesz recalls how she taught him how to draw, guiding his small hand holding a pencil over paper. Then came time for drawing game boards on cardboard together. The complicated tracks were not always used for games later on. Mother and son often just played with creating multicoloured compositions. At the Zachęta Project Room, the selection of these joint drawings is presented in display cases hand-painted by both authors of the exhibition. Primary colours — red, blue and yellow — like those we can find on beach balls from the artist’s childhood, recur in various parts of the exhibition. For Magdalena Bielesz, childhood mainly holds associations with time spent by the sea. For her, the best children’s games are those that take place on the beach.

Hyper-realistic representations of playing children, clothes and toys, characteristic of the artist’s early works, are replaced by more abstract works — compositions geometric figures (some directly referring to paintings by Malevich). At other times they are paintings in which abstract shapes are juxtaposed with clothes — skirts or dresses — symbolic portraits of an adult woman.

In the exhibition at the Zachęta Project Room, the author plays with painting conventions. She consciously puts the drawing of a child on an equal footing with the compositions she — a professional painter — creates. She even goes a step further — in the film Lines, shot a month ago in the Zachęta workshop room, we  see her copying the movement of her son’s hand, spontaneously drawing with pastels on a blackboard. The roles are somewhat reversed — the mother/adult/educated artist tries to return to the innocence or unhindered freedom of a child’s drawing, to the original truth of the gesture. It is a kind of à rebours ritual — from adulthood back to childhood. Bielesz, speaking about this film, jokingly refers to Picasso, who supposedly said that ‘it took him four years to learn to paint like Raphael, and his whole life to paint like a child’. Rituals of Transition, created in 2018 and 2019 (thanks to collaboration with the Łaźnia Centre for Contemporary Art in Gdańsk), are a kind of film impressions recording the joint performative and artistic activities of Magdalena and Maurycy in the gallery and on the beach. The participants use various props — such as mirrors, which, according to the artist, reflect the image of childhood in its pure form, masks, ribbons, batons, drawing utensils. Drawings are made on paper or are drawn in space, against the background of sand and sea.

Another film by Bielesz shown at the exhibition, which also features a mirror image, is entitled Glaze and was created in 2018. It is a kind of a humorous self-portrait of the painter — this time painting her hair with a brush. In the background, we can hear the voice of her son, so it is a portrait of a painter and a mother . . . The exhibition is complemented by small geometric sculptures made of plasticine placed on wooden cubes (a humorous combination of ‘adult’ sculptural abstraction with ‘childish’ material). The formal and conceptual keystone of the project is a painted self-portrait of the artist from the beginning of her pregnancy, in which we see her on the beach, dressed in a swimsuit, holding an inflatable beach ball in front of her. It can be read as an attempt to capture the beginning of a new, important stage in life.

Rituals of Transition. Board Games is not the first exhibition created by an artist parent in a duet with a child. Similar shows can be read in different ways — as a way of proving that one has passed on their special skills to a child or as an attempt to bring the worlds of adults and children together in the field of art. This is how Magdalena Bielesz perceives her joint project with her son Maurycy.