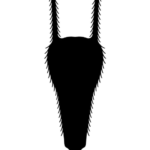 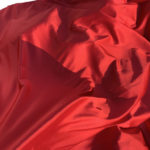 “MYCOsystem” is based on interspecies cooperation. This is a study of just one material – wood – as seen from the vantage point of a variety of species. For us, timber is a construction material; while fungi may understand wood as food; to another representative of the  kingdom, wood is the flesh of a living plant, offering co-operation beneficial to all the participants. From the perspective of trees, there is no timber. There is only flesh.

“MYCOsystem” also talks about the tree’s/wood’s place in the broader context of an organism, ecosystem, planet, in deep time. In order for the installation and prints to be made, trees had to be cut down. Branches, bark, and roots were destroyed. As the tree was cut down, the home that it constituted to birds and mammals, insects, fungi, and other plants – disappeared. Those animals which were not killed, were subjected to stress and chased out. The removal of the tree also caused changes to the surrounding environment, to the soil and level of lighting affecting other organisms. The remains of prehistoric trees, now in the form of petroleum, were used to transport elements of the display and to manufacture packaging and protective materials, among others.

If we think about interspecies cooperation in the context of the design and production of objects, plants and animals are no longer seen as resources and become partners. Would we be able to renounce our reign over materials and things so that other species could also make use of them? What would happen if people became only temporary users of the objects they produce? We would like to redefine the relationship between fungi, trees, and people so that it can be based on symbiosis, not competition nor exploitation.

The “MYCOsystem” exhibition was presented at the Polish pavilion during the 22nd Triennale di Milano, “Broken Nature. Design Takes on Human Survival”, in 2019. It was initiated by the Adam Mickiewicz Institute, which was responsible for preparing the national pavilion. Thanks to the cooperation between the National Centre for Culture and the Adam Mickiewicz Institute, the “MYCOsystem” project will now be presented for the first time also to the Polish audience – at Kordegarda. The Gallery of the National Centre for Culture from 27 February until 29 March.