„Itsy-bitsy CANCER… leaves you with a SCAR” the competition results 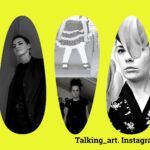 By Wojciech Dada, Katarzyna Górna and Rafał Jakubowicz, Cleansing refers to the 2001 American production entitled Conspiracy (distributed in Poland with the Polish title reading: Ostateczne rozwiązanie, literally meaning “final solution”). The American film is based on archival protocols documenting a conference held in Wannsee on 20 January 1942, where a group of Nazi dignitaries gathered to “resolve the Jewish question”. During the conference, the Nazis make the tragic decision to mass-exterminate Jews with the use of gas chambers.

Cleansing refers to the aesthetics and drama of the American original, but takes on an entirely different issue: the legitimacy of human existence as a species in the eyes of animals. As part of the narrative, animals plot to take revenge on their enemies.